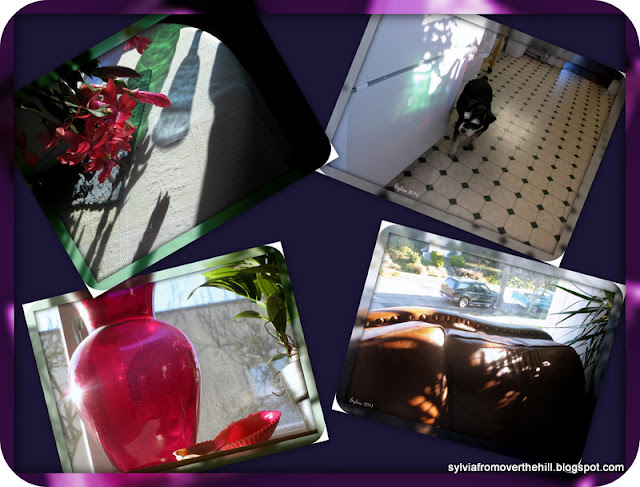 A Couple of Laughs for the Day!

ACTUAL AUSTRALIAN COURT DOCKET 12659 ---
A lady about 8 months pregnant got on a bus.
She noticed the man opposite her was smiling at her.
She immediately moved to another seat.
This time the smile turned into a grin, so she moved again.
The man seemed more amused.
When on the fourth move, the man burst out laughing,
She complained to the driver and he had the man arrested.
The case came up in court.
The judge asked the man (about 20 years old)
What he had to say for himself.
The man replied,
'Well your Honor, it was like this:
When the lady got on the bus,
I couldn't help but notice her condition.
She sat down under a sign that said,
'The Double Mint Twins are coming' and I grinned.
Then she moved and sat under a sign that said,
'Logan's Liniment will reduce the swelling,' and I had to smile.
Then she placed herself under a deodorant sign that said,
'William's Big Stick Did the Trick,' and I could hardly contain myself.
But, Your Honor, when she moved the fourth time
And sat under a sign that said,
'Goodyear Rubber could have prevented this Accident!'
... I just lost it.'
'CASE DISMISSED!!'


MY LAST TRIP TO COSTCO

Yesterday I was at my local COSTCO buying a large bag of Purina dog chow for my loyal pet, Jake, the Wonder Dog and was in the check-out line when a woman behind me asked if I had a dog. What did she think I had an elephant? So since I'm retired and have little to do, on impulse I told her that no, I didn't have a dog, I was starting the Purina Diet again. I added that I probably shouldn't, because I ended up in the hospital last time, but that I'd lost 50 pounds before I awakened in an intensive care ward with tubes coming out of most of my orifices and IVs in both arms.I told her that it was essentially a Perfect Diet and that the way that it works is, to load your pants pockets with Purina Nuggets and simply eat one or two every time you feel hungry. The food is nutritionally complete so it works well and I was going to try it again. (I have to mention here that practically everyone in line was
now enthralled with my story.)
Horrified, she asked if I ended up in intensive care, because the dog food poisoned me I told her no, I stepped off a curb to sniff a poodle's butt and a car hit me.

I thought the guy behind her was going to have a heart attack he was laughing so hard.

Better watch what you ask retired people. They have all the time in the world to think of crazy things to say.
Posted by Sylvia K at 7:00 AM 11 comments: Links to this post

While
the whites ,
blacks,
browns,
greens,
blues, and oranges,
live in peaceful
interaction
feet firmly entrenched
on the ground,
in
a life
concerned
with day to day
earthy concerns,
is it any surprise,
that those
at the
exalted,rarified
top
coldly
ambitiously,
defy
the flow of reason,
spin out of control,
and are often
harbingers
of
stormy
troubles to come ?